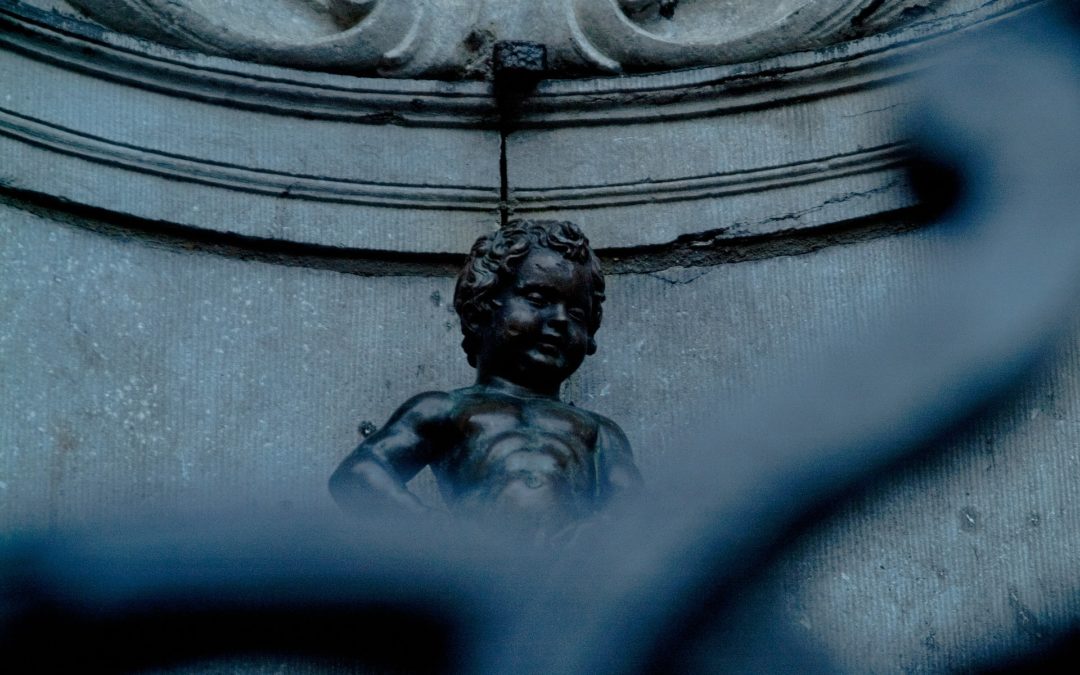 At the end of 2018, municipal workers realise that the Manneken Pis is not in a closed circuit; every day he pisses directly into the sewers as much water as a 4 persons family !

Manneken Pis has been pissing drinking water for 6 centuries…

Until 1851, that was actually his role. Since its installation in the 15th century, the small statue had the function of distributing water to the inhabitants of Brussels. There were a lot of fountains in Brussels at that time. But since the middle of the 19th century, the Manneken Pis is only ornamental. Let’s do a quick calculation. It pisses about 1500 liters a day. 1500 x 365 x 168. So in 168 years it has wasted almost 92 million litres of water! And that’s without counting the days he pees milk or beer!

During maintenance work, therefore, in the basement of a nearby public building, the municipal workers realize that the statue is connected to a constant flow tap. They quickly alert the city authorities. The story is made public, makes its little scandal on social networks, but the affair is settled in a few days: a pump is installed and the fountain now flows in a closed circuit!

A rich History, a life of resilience

From a simple fountain to the symbol of an entire city, the Manneken Pis has a very rich history: Almost the only survivor of the bombing of Brussels in 1695, victim of several kidnappings, the Manneken Pis has gone through many ordeals during its long life. And always with its mocking spirit. Pissing proudly against all odds! We tell you his story during our tour “Celebrity Brussels“. Take a tour also on his official website. You’ll learn more about his history, and you’ll see the official calendar of his costumes! The little man, with his zwanze, is indeed the symbol of the people of Brussels!