Behind the scaffolding, a Palace of Justice 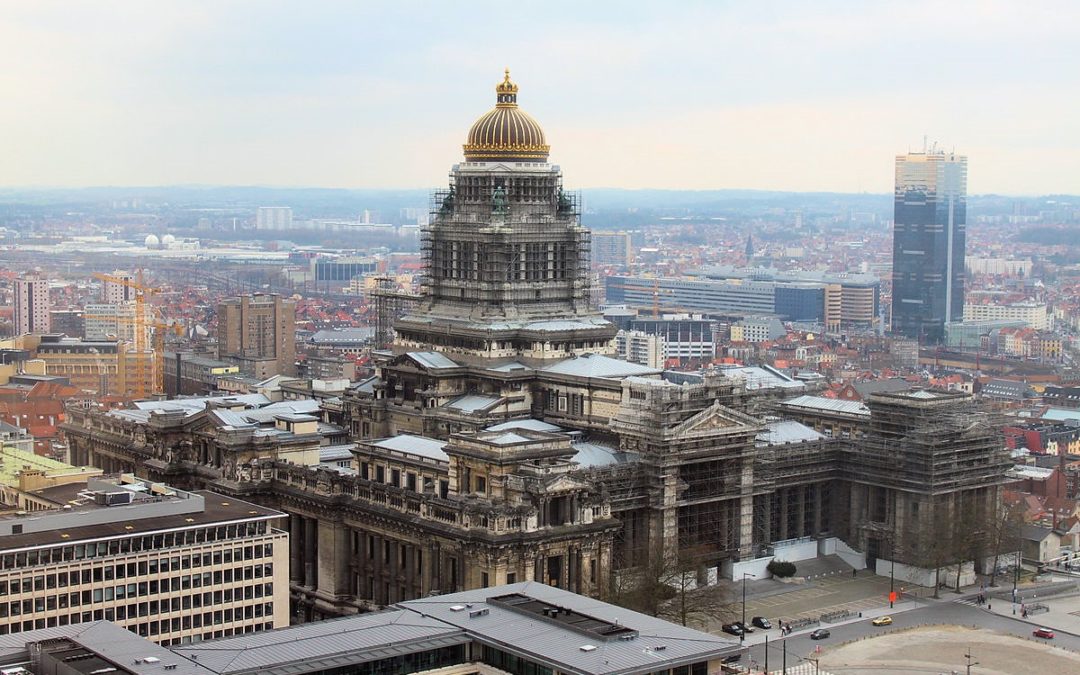 Few remember the façade of the Brussels Palace of Justice without its eternal scaffolding. And with good reason: They’ve been in place for almost 40 years!

A courthouse that needed a serious facelift

It was in the early 1980s that the first scaffolding was installed around the Palais de Justice. Less than 100 years after its inauguration, Joseph Poelaert‘s monumental building is in need of renovation. Pollution has damaged the facades, some walls are crumbling, insulation is poor, … And the more the building is inspected, the longer the list of works gets … The bigger the budget gets!

Belgium being what it is, the different levels of power will never be able to agree. The budgets to be released are so huge that they can’t agree. One government after the other, one legislature after the other, and nothing is moving. Apart from a little face-lift and a few cosmetic tinkering, the work is never going to get done!

Early 2000s. The company that placed the scaffolding goes bankrupt. The Belgian State is now the owner and will no longer have to pay rent. That’s good news! But the metal structures, which have been there for 20 years, are starting to show signs of weakness. Rust, cracks, some are threatening to collapse, plants are growing on others. Others are embedding themselves in stone. The State is therefore undertaking major renovation work on… scaffolding! There’s no doubt about it: this is Belgium!

The state purse, which had paid for the rental of the scaffolding for more than 20 years, is now financing the renovation.

When will the work be finished?

Since the 2000s, nothing has changed. At a time when the justice system is increasingly underfunded, when the backlog of cases can be counted in years, when staff and magistrates are lacking everywhere, nobody seems to care about the giant of Place Poelaert anymore. Some people are talking about finishing the work by 2040, or 2050… Others are talking about opening the project to the private sector, which would make it possible to inject new money into it… Still others, more radical, are pleading for its demolition. The truth is that no one really knows how this is going to end.

Poelaert died 4 years before the completion of his work. The author of these lines, born at the beginning of the eighties, wonders if he will ever see the Palace without its iron fences that seem to hold it up.

The Palace of Justice is mentioned from its origin to the present day during the visit “Brussels: 1000 Years of Struggles” which criss-crosses the Marolles.